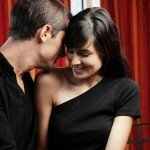 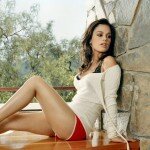 Most of the most valuable lessons I’ve learned seem to have had an element of “ass-kicking” to them.  The following lesson will improve your dating skills and hook-up percentages by 1,000% or more. But if you have a very fragile ego or delicate constitution, stop reading now.  I understand that hard reality isn’t for everyone.
Your Brother,
~ Dio~

I’m guessing that you already realize on some level that your ‘game’ needs improvement.  Maybe you’re newly single or enduring a dry spell or feel like your pick-up skills are rusty (or non-existent). Whatever the situation is, you’re dissatisfied.  Good! Discomfort is an important prerequisite to change.

As an adult, you’re responsible for your feelings.  And what you do about them.

Imagine you’re the CEO, taking a look at Interpersonal Relationships Division of your life. The Department of Nookie. There have been some serious problems there, and you want to see whats going on for yourself.

To your horror, you discover the place is a complete shambles. Trash strewn everywhere, obsolete technology, antiquated furnishings. There’s no activity at all; its so deserted you could safely shoot off a cannon.  A couple of schlubs are moping around, their faces a mix of apathy and disgust. You grab the nearest person by the shoulders and shake them hard – you demand to know why there isn’t a frenzy of activity to pull this operation out of the toilet! In response, you get a shrug and a string of lame excuses. You get foot shuffling and blame shifting.   Self justifications.  Then silence.

If this happened in your company, you’d blow your stack! It would be a blood bath- you would fire everyone… you might even physically throw them out the window. You’d  instantly take control and make drastic changes..

You’d make changes to the facility - clean out all the garbage, redesign the place so its efficient, sharp looking and ready to do business

Throw out the old manuals. Institute new procedures and drill everyone until they were instinctive.. Establish new operations modeled on what the most successful companies are doing to thrive in an evolving market.

From this point forward, You’d demand accountability.  Daily, weekly and quarterly reports on what is being done and how much progress is being made.  You will measure effort and results.
Diligence is rewarded.  Failure is analyzed. Achievement is celebrated.

Momentum is built, slowly at first.  With hard work, vigilance and courageous leadership, small successes lead to larger victories. You WILL turn this division around.

OK.  I don’t need to beat you with this.  You ARE the BOSS.  You already know what to do… but I’ll lay it out for you anyway.

That’s the Master Blueprint.  (We’ll go over the nuts and bolts in future posts). Get the right attitude, take the correct steps in the right sequence, evaluate – adjust, build momentum..As you can see, meeting women and connecting with the right one isn’t some grand mystery.  You can do this.

The WORST Dating Advice. Ever.

Well meaning people often say very stupid shit. Especially in awkward situations or when trying to offer support.  Maybe its because they’re embarrassed and tongue-tied.  Or honestly dont have any original thoughts. Perhaps busting out a well worn cliche is the easy thing to do – gives the appearance of empathy without the effort.

By echoing something seemingly incontrovertible bon mot gives them the aura of wisdom (while they enjoy the glow of feeling superior).  “Things happen for a reason” “It’ll all work out” and “Just Be Yourself”.

I can’t stand this nonsense.  And I’ll usually call people on their crap as soon as they start.

Things do NOT happen for a reason.  Things happen.  Everyone attaches their own meaning.
Things may work out- but they might not work out in your favor.

Just Be Yourself? Well, what if you’re a sincere guy, but you’re exuding bad energy? Or you put people off because your social skills really need work? What if you’re a douchebag?  (Adam Corolla prefers the term “douche nozzle”- that’s the part that gets the action).

I’ll argue that this pervasive and seemingly innocuous advice is actually very dangerous and destructive. Lots of guys have embraced the ‘just be yourself’ advice and they haven’t had a date in years.

Consensus of foolishness does not equal truth.

Who are the sages dispensing this advice, anyway? It comes from all corners – your aunt Sophie (who’s perfume is as cloying as dollar store air freshener), your single friends who’s only conquests are on World of Warcraft,   your couple friends (who are too lazy, comfortable or afraid to end their lousy relationship), 16 year old ‘relationship experts’ on Facebook. Even some noted PUA coaches!
In other words, they’d have you believe that you should just be patient and wait around until your perfect match discovers you, becomes intoxicated by your wonderfulness, and …

Exactly- its  total bullshit.  If you’ve spend a day in business, you already know that in a cut-throat market, you need (among other things) a damn good product, a competitive advantage, and lots of marketing.

Just Be Yourself is an excuse to be lazy (“why should I work to improve when I can ‘just be myself’). Its a thin rationale to wear against the bitter cold reality that you’ve got some adjustments to make.

The summer before my junior year of HS, I got a job at the community pool as part of the maintenance staff.  Easy gig, lots of time to goof off. And some very hot lifeguard chicks.  One day a bunch of people were hanging out in the common lounge after lunch.

“Kathy” – one of the hot lifeguard chicks- invited me to play chess.  Whoa!  Sweeeeet! While I had some basic skills at the game, I was clueless about some basic etiquette.  You see, I had taken a lot of cues from my older brother and cousins, who were… complete fucking monkeys.  Standard procedure for losing at a game was to toss it.

Anyway, Kathy and I chatted playfully as we made our moves. Exchanged furtive eye contact.  Brushed hands accidentally  while reaching for pieces.

Then she called an early checkmate…. our friends and co-workers laughed and elbowed eachother.  I was smiling and laughing too – even as my arm slowly rose of its own volition and cleared the pieces to the floor!  Forget about farting in church… this was pinching a loaf on the alter. ( It took an apology, an explanation, some time,  and the intervention of a few buddies to get us back on track.)

So Who Should I Be?
Ah, here’s the kicker.  You should be,,, you.  Not “just” you, but the ideal you that embodies your highest values and best characteristics.  The “uber” version of yourself – the personification of all you strive to become.

Don’t be insincere, don’t imitate a style that conflicts with your basic nature. You’ll come off as a phony and you will fail.  Rightfully so. You MUST be authentic.

Shakespeare said, “Assume a virtue if you have it not”.  To some degree or another, we all possess courage, enthusiasm, playfulness, curiosity, self-control, etc.  In your mind, picture a fully actualized version of yourself.  Fit.  Confident.  Relaxed. What does that look like?  How does that feel?  How would you act?

Well, there you have it.  Stop “just” being yourself and start behaving like the person you want to become.  Its a process.  It requires dedication, attention, conditioning, and constant vigilance.
This isn’t about quick-fixes or slick routines.  Its about fearlessly taking a personal inventory, actually writing out a balance sheet of debits and credits, and coming up with a plan of action to improving your deficiencies and maximize your strengths.

As you continue on your path of personal improvement, you’ll be surprised at how many ladies enjoy your company.